Katy Perry has praised Taylor Swift after the Reputation singer urged fans to vote for Democratic candidates in her native Tennessee last month.

The pair recently made amends after feuding for years. They had long been known to hold ill feelings towards one another, with Swift’s ‘Bad Blood’ believed to be penned about Perry. In May, Perry sent Swift an olive branch to “clear the air”.

In her lengthly Instagram post, Swift wrote, “In the past I’ve been reluctant to publicly voice my political opinions, but due to several events in my life and in the world in the past two years, I feel very differently about that now.” The day of her post saw 65,000 newly registered voters.

Perry was the first the like the post. Speaking to Variety on Thursday night at amfAR Gala Los Angeles, Perry praised Swift’s decision to speak about her political beliefs.

“She’s setting a great example,” Perry said. The Pop Idol judge has previously voiced her political beliefs, having campaigned for Hilary Clinton in the 2016 Presidential election.

Today, Swift posted a selfie with an ‘I Voted’ sticker on her Instagram stories, later sharing pictures of her fans who had done the same. You can see that picture below. 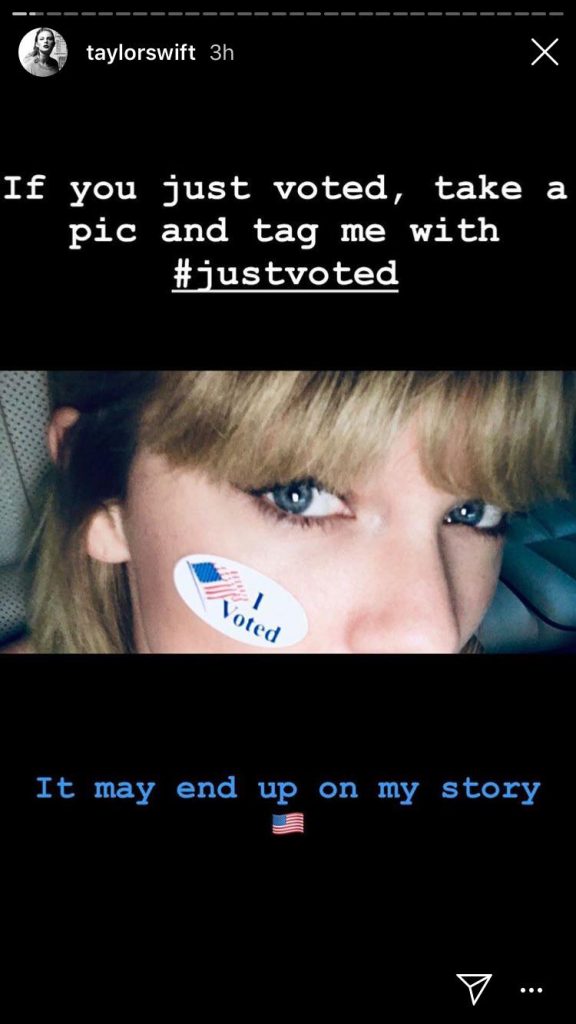 Earlier this month, Swift again urged fans to vote in the US midterm elections as she accepted the award for artist of the year at the American Music Awards.