New York rapper 2 Milly plans to sue Fortnite creator Epic Games for allegedly profiting from a dance that he created.

The ‘Milly Rock’ dance, as seen in the artist’s 2014 video of the same name, has been used without authorisation in the online video game, 2 Milly claims.

Fornite has come under fire in recent months for the apparent appropriation of various dances as purchasable player emotes. Examples include BlocBoy JB’s ‘shoot’ dance and the moves from Snoop Dogg’s ‘Drop It Like It’s Hot’.

2 Milly (real name Terrence Ferguson) has filed a copyright infringement lawsuit against Epic Games for using his “milly rocking” dance in the Fortnite ‘Swipe It’ emote.

Pitchfork say they have viewed court documents that reveal how Ferguson thinks Epic Games “should not be able to profit from Ferguson’s fame and hard work by its intentional misappropriation of Ferguson’s original content or likeness.” 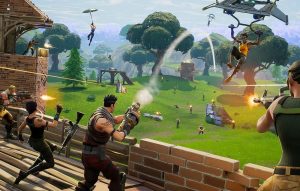 The files, Pitchfork add, also cite other emotes claimed to have been lifted from African-American actors and musicians in popular culture. Further court notes read that Epic Games has “consistently sought to exploit African-American talent in particular in Fortnite by copying their dances and movements.”

As of May 2018, CNBC reports that Epic Games has made more than $1 billion in revenue from Fortnite since its September 2017 release.

2 Milly is seeking injunctive relief as well as unspecified damages.

In July, Chance the Rapper said: “Fortnite should put the actual rap songs behind the dances that make so much money as Emotes. Black creatives created and popularised these dances but never monetised them.

“Imagine the money people are spending on these Emotes being shared with the artists that made them.”