Pete Shelley has died at the age of 63 of a suspected heart attack.

The lead singer of legendary Bolton punk rock band Buzzcocks died today (November 6) in Estonia where he was living, the band’s management told the BBC. 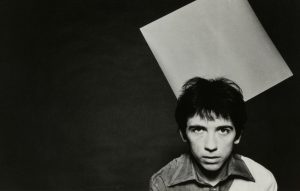 Buzzcocks are perhaps best known for their 1978 hit, ‘Ever Fallen in Love (With Someone You Shouldn’t’ve)’.

He told fans: “This is the hardest thing I have ever had to do, is tell you my brother Pete Shelley had a heart attack this morning and passed away.”

Tributes have started to pour in for the late singer.

Comedian David Baddiel sent a “grumpyoldmantweet” in reaction to people seemingly being more upset about Love Island couple splits than the death of a world-famous musician.

Tracey Thorn remember Shelley as a an “amazing songwriter”.