Adele has shared a message of support for her ‘best friend’ after speaking out about her battle with postpartum psychosis.

Described by the NHS as “a rare but serious mental health illness that can affect a woman soon after she has a baby”, the condition sees mood changes in mothers and is often known as the “baby blues”. Symptoms can include restlessness, delusions and even sleeplessness.

Now, Adele has paid tribute to her best friend and mother of her godson Laura Dockrill for writing about her experiences online.

“This is my best friend. We have been friends for more of our lives than we haven’t,” wrote Adele. “She had my beautiful godson six months ago and it was the biggest challenge of her life in more ways than one. She has written the most intimate, witty, heartbreaking and articulate piece about her experience of becoming a new mum and being diagnosed with postpartum psychosis.”

She added:”Mamas talk about how you’re feeling because in some cases it could save yours or someone else’s life x”

In her lengthy discussion of her battle with the condition about how her “psychosis took a dark turn”, Laura wrote: “I turned to my partner Hugo and said ‘something’s not right with me, I don’t know what it is but I’m not ok.’ I refused to believe I had Post Natal Depression because I didn’t feel ‘depressed.’

“I could still appreciate the crisp white blanket of snow outside, the way it silenced the world and I still looked forward to gobbling down a salty cheese toastie, then I realised that I knew absolutely nothing about depression because what the hell does depression even feel like? How do you capture it and label it? How do you quantify it or understand something so intangible?
My ignorance and denial encouraged me to stridently continue even though I knew I was struggling.”

After seeking help when “suicidal thoughts” became normalised and the struggle with anxiety and paranoia became too much, she was hospitalised to seek the help she required and is now feeling “happy, confident and strong” as she recovers with support from family, a psychiatrist, medication and psychotherapy.

“Now as long as I’m vocal and honest about my emotions and what’s going on in my brain – which at times is hard – particularly to my loved ones, it keeps me safe and that is what’s important,” Laura concluded. “When you’re somebody people describe as ‘crazy’ or ‘mental’ or ‘whacky’ in your everyday life when you do actually get sectioned and become unwell, the irony is not so funny anymore.”

For help and advice on post-natal depression, visit here.

FOR HELP AND ADVICE ON MENTAL HEALTH: 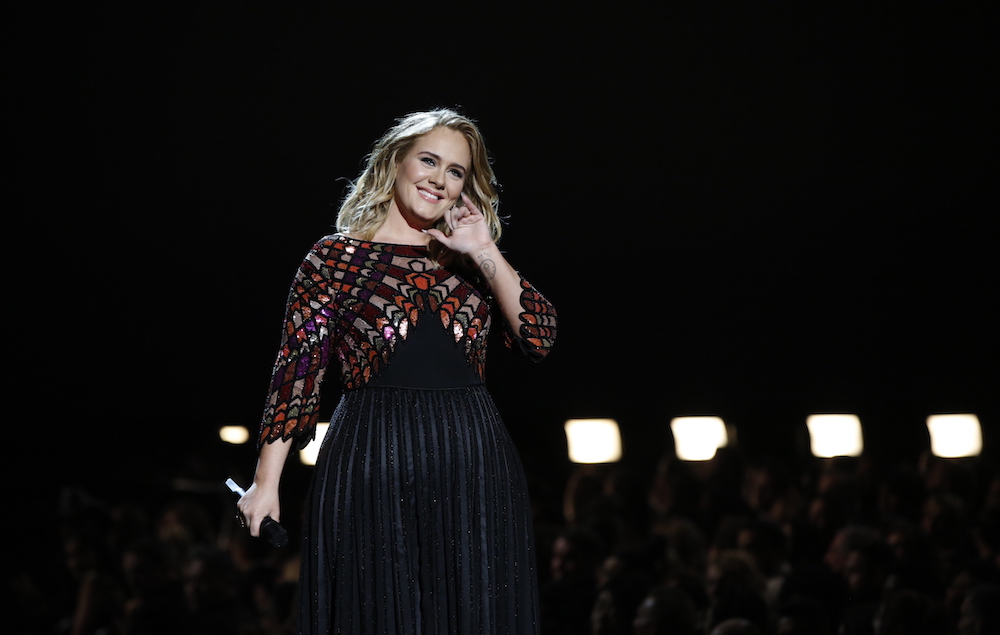 Adele’s fourth album could be released next year. (Getty)

Adele meanwhile is expected to release her next album in 2019, after recently starting work on her fourth record.

The post Adele pays tribute to best friend for speaking out after battle with postpartum psychosis appeared first on NME.